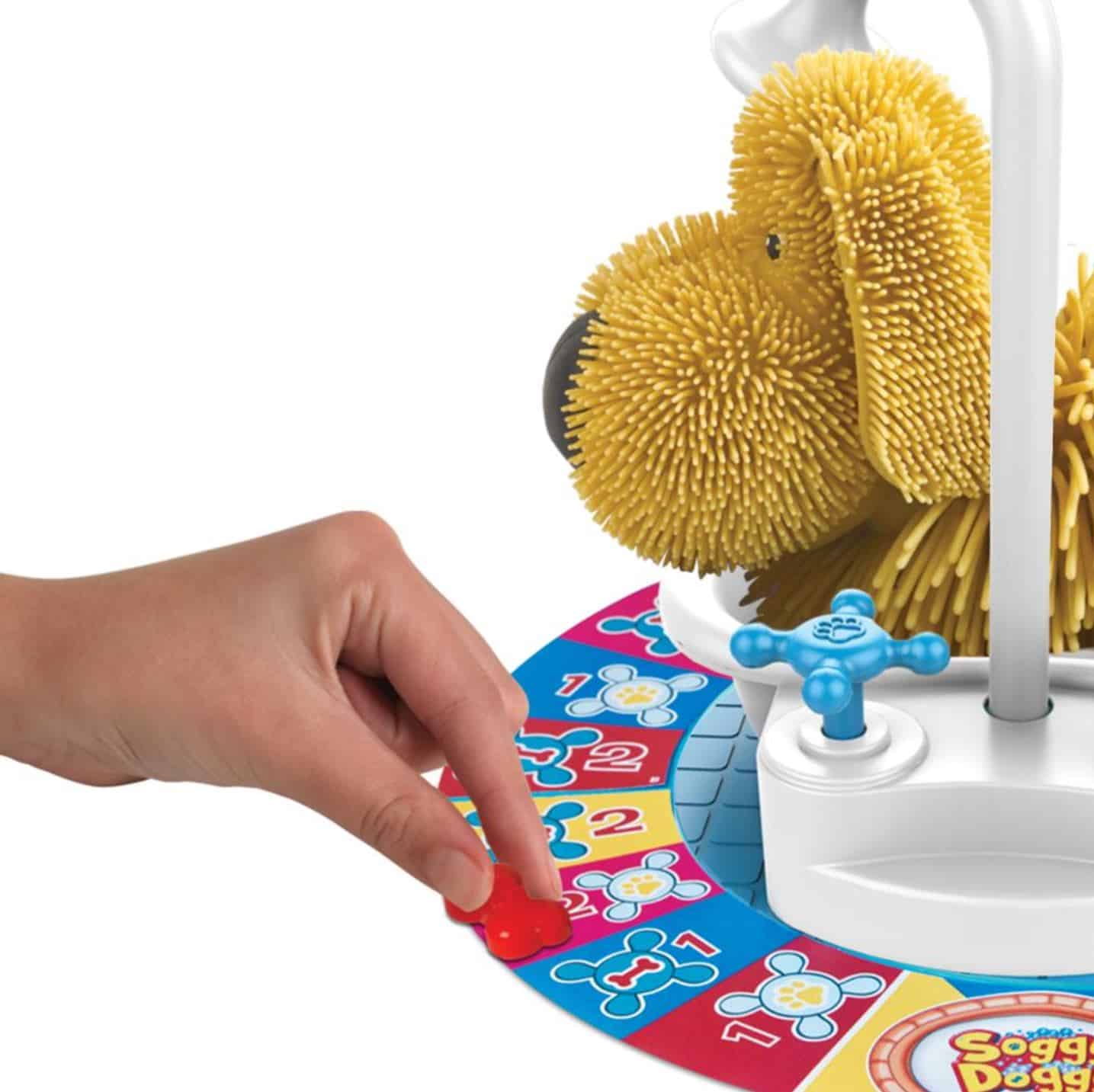 It’s all about games, books and dress-up for Alice. Seriously, the kid loves games as much as she loves her books. This game from Spin Master Games is SO MUCH fun!!

This is one of Spin Master‘s newest games. The object of the game is well, no getting wet as players go around the board washing the Soggy Doggy that rests in the middle of the board as they go.

I have to admit the first two, three (maybe ten) times we played this game we mostly tried to make the dog shake.  In normal play if the Doggy shakes then you have to start all over.  The first player to make it around the board to the doggy basket wins the game.

Soggy Doggy is so absolutely adorable that Alice tries to keep him with her stuffed animals instead of in the game box. Doggy has a rubbery stringy feel to him. Very fun to touch! Watch out when he shakes! Watching Doggy shake is hysterical!!!!

Assembly is super quick and easy. Lay out the round plastic play circle. Snap the bathtub pieces together, insert the shower fixture and dog frame. Stretch Doggy over the dog frame. Pour water in the bathtub then depress the shower faucet piece to get Doggy wet.  The youngest players rolls the die first, moving his or her piece to the first unoccupied space of the matching color on the game board.

When a player lands on the paw print they have to push the handle down to get Soggy Doggy even more wet. Land on a bone, you twist the faucet on the bathtub. Twisting the faucet causes Soggy Doggy to randomly begin to shake.  No shaking you continue on. When he does shake though….. ahhh it’s back to the beginning for you.

I promise you aren’t coming out of this game drenched. This is not a water ride. NOW, with that said Alice and Ashley continued to get closer and closer to Doggy so they could get wet!  While you aren’t going to get drenched the surrounding area will. So it’s a great outside game. Or a room with tile. 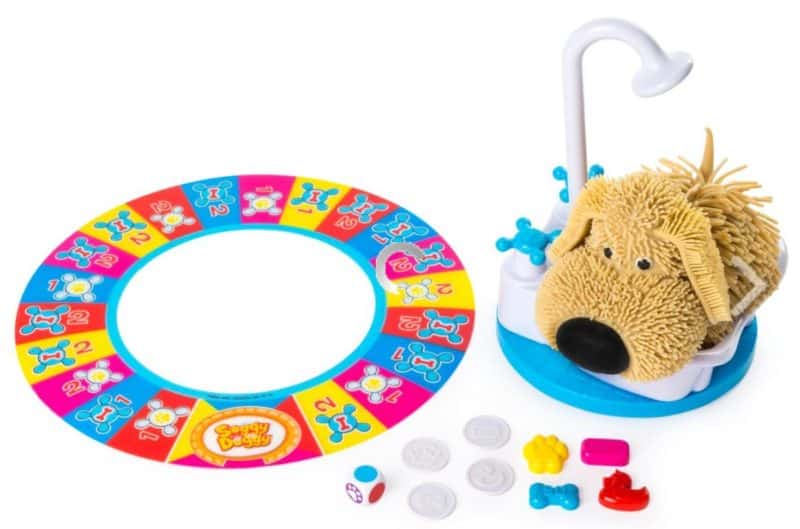 Don’t forget to take the game completely apart and dry out Soggy Doggy completely before you put him back in the box. That way this game will last for years to come.

Soggy Doggy has to be one of the cutest games around!!!  Truly fun for the whole family. 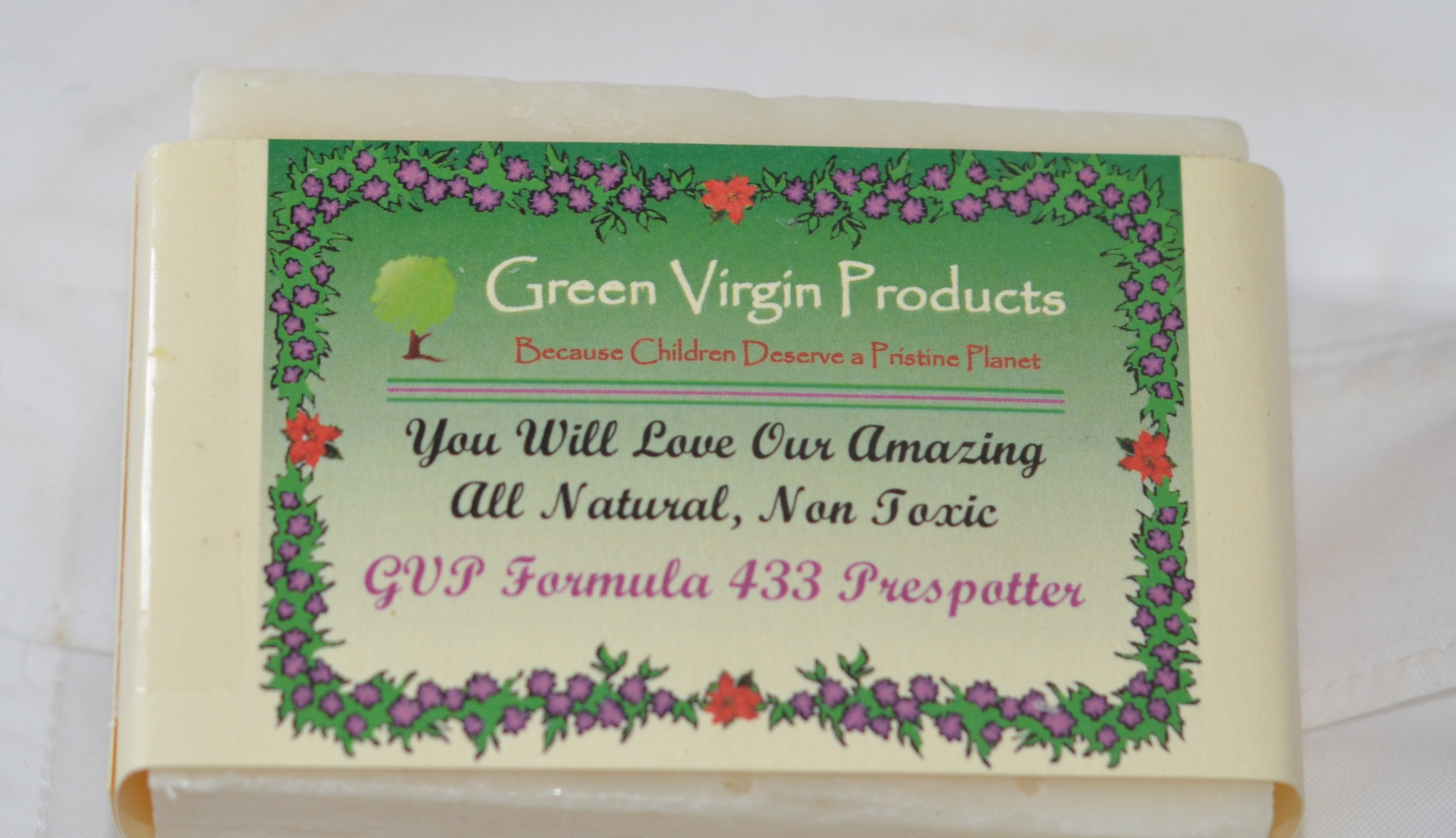 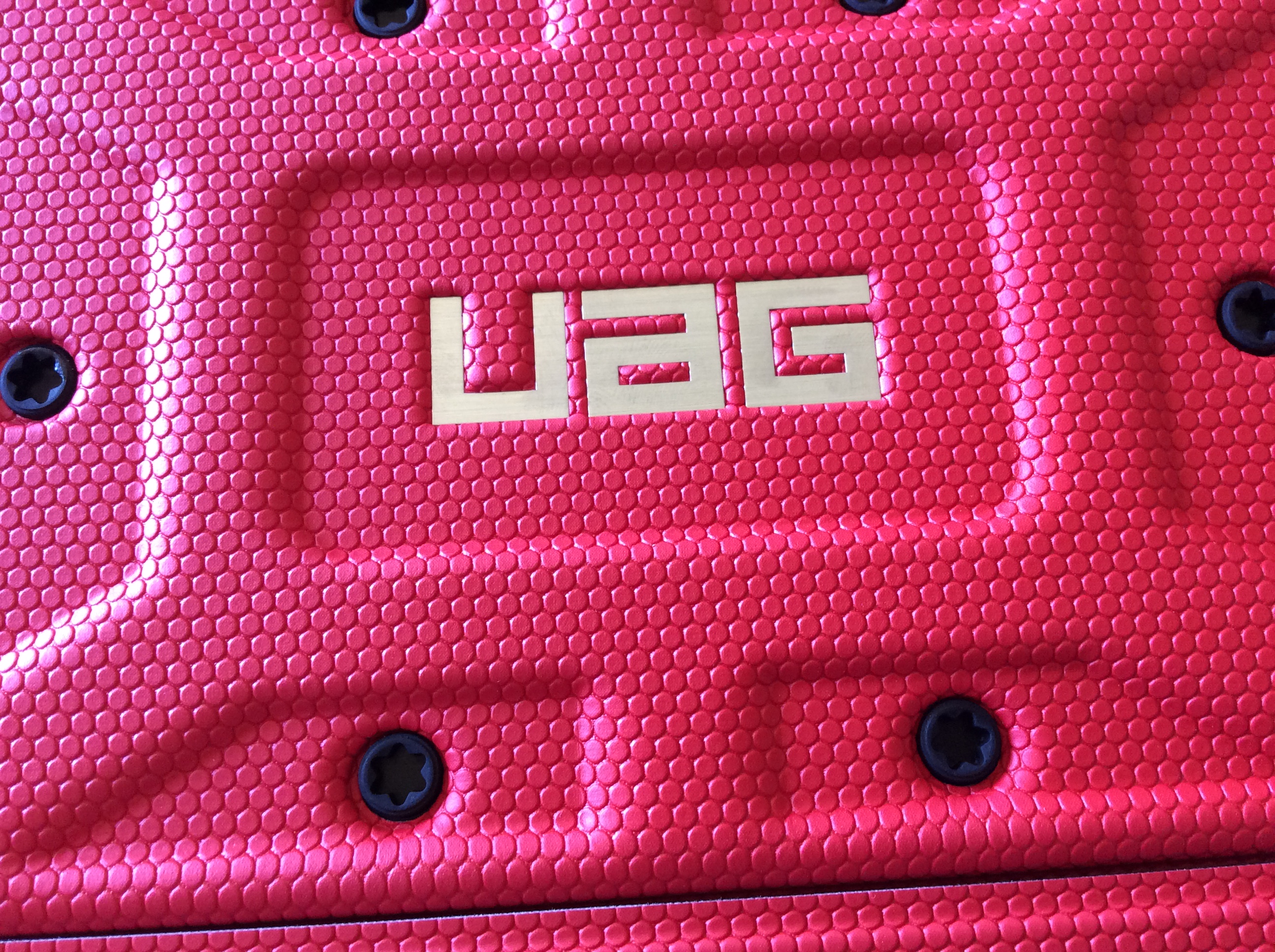 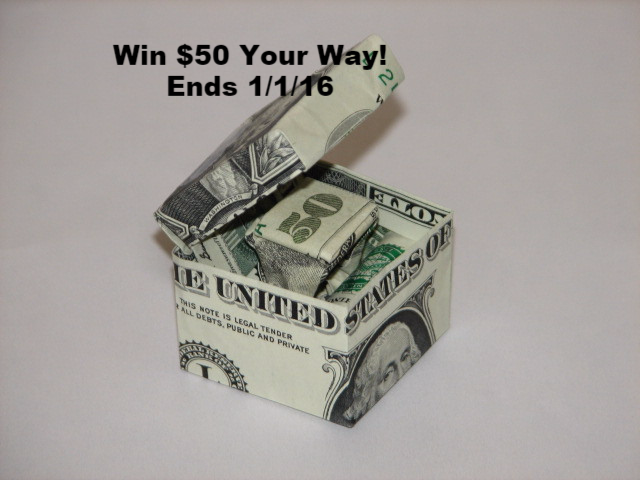 The December $50 Your Way Giveaway!