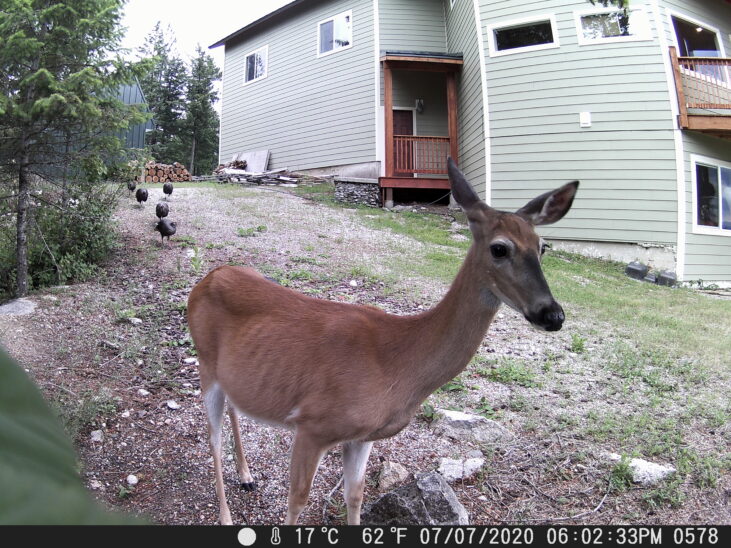 I just have to laugh! THIS time I had a few animals but have thousands, YES, thousands of leaf pictures!! Every time the wind blew, this leaf moved, the camera took a picture. Yes, that’s 18 folders each with 999 pictures. I would say 98% of the pictures are of that leaf. It’s like the camera and Mother Nature were so proud of their Decorating With Earth Tones that they both wanted tons of pictures. So, pretty leaf right!?!? Ackkkkkkkkkk!!  Moving camera tonight.

We did have a few deer, bunnies and turkeys swing by. No bears. At least I don’t believe there were bears, could be some behind that leaf. We will never know.

I am hoping for better pictures next Friday. Fingers crossed!